Skip the Line with

When Shelby first joined FastMed as Executive Consultant, she had spent 20 years in healthcare and another 25 years in human resources management. After attaining a master’s degree in Industrial & Organizational Psychology from the University of Colorado and beginning her career in hospital administration, Shelby devoted ten years to developing her HR capabilities while also running a manufacturing department at Novartis. She then returned to hospital administration with Swedish Medical Center, a Level 1 trauma center, before serving as the head of Human Resources for StarTek, Inc., a business process outsourcing company.

Eventually, Shelby merged her two areas of expertise to oversee HR in the Americas for a global medical device company, Sorin Group. Impressed with her capabilities, Sorin gave Shelby the opportunity to advance its talent initiatives globally at its headquarters in Italy. During this time, Shelby was instrumental in helping Sorin Group merge with a US-based company to become LivaNova, PLC, a $1B medical innovator.

Since her return to the US, Shelby has played an integral role in helping FastMed with its growth plans. In her current position as Chief Human Resources Officer, she particularly appreciates the company’s understanding of what it means to invest in and value its people.

Away from work, Shelby and her family enjoy traveling, hiking, and cooking together. They volunteer at many local animal shelters and food security organizations and have been long-standing sponsors of Heifer International. Heifer is a global nonprofit organization working to eradicate poverty and hunger through sustainable agricultural and business practices. 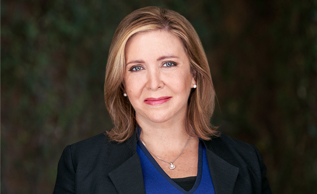