Antibiotic treatment for ear infections is an issue heavily debated by doctors. That debate is rooted in two arguments: 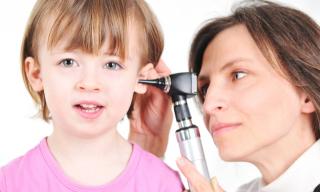 As a result, the American Academy of Pediatrics released a new set of guidelines in 2013 for the antibiotic treatment of ear infections. Under the new guidelines:

There are a number of home remedies that can help alleviate the pain from an ear infection. These include using things like salt, olive oil, and even an onion. While these can help suppress some of the pain and symptoms of an ear infection, they may not fight against the infection itself.

Ear infections can happen as a result of wax buildup, allergies, respiratory infections, internal injuries and even genetics.

In addition to pain inside the ear, an infection can bring nausea, fever, vomiting, diarrhea, fluid in the ear, and difficulty sleeping.

If you’re suffering from an ear infection, the medical professionals at your nearest FastMed are waiting to see you. Visit us today and get the treatment you need.