Is Your Teen Getting Enough Sleep? 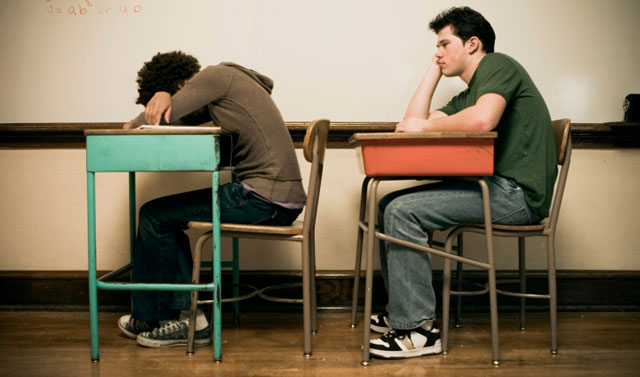 The American Academy of Pediatrics has published a new report recommending that middle schools and high schools start the school day no earlier than 8:30 a.m. Lack of sleep can cause an array of health problems, particularly during puberty. As teenagers go through puberty, their circadian rhythms shift, making it very difficult for them to fall asleep before 11 p.m. Teenagers need between 8.5 and 9.5 hours of sleep a night, so if they fall asleep precisely at 11 p.m., they should sleep in until 7:30 or 8:30 a.m. When the bus comes as early as 6 a.m., students end up losing more than sleep.

The effects of sleep deprivation can be drastic. A 2002 study found that for every hour of lost sleep, the odds of obesity increase by 80%, partly because sleep deprivation can lead to higher consumption of carbohydrates and fats. Chronic sleep loss is also linked to an increased risk of car crashes, a greater tendency towards delinquency, and higher incidences of depression and psychological stress.

About 14% of high schools currently follow the AAP recommendation and start no earlier than 8:30 a.m. Students who go to schools with later start times feel more alert during the day, are less likely to be tardy, have fewer struggles with attention and concentration, and even perform better academically.

Despite all of these indicators, it would be difficult for many schools to implement later start times. Parents often rely on getting the kids out the door so that they can make it to work on time. Starting school an hour later would mean ending an hour later, which can impact sports teams and after-school activities. Many teens hold after-school jobs, which would also be affected by a later start to school days.

In light of the evidence, what can you as a parent do to make sure your child is getting enough sleep? Be understanding if your teenager needs to take naps during the day or sleep in on the weekends. Also, while you may not be able to affect the quantity of your child’s sleep, you can institute rules and routines to make sure that the sleep they do get is high quality. FastMed Urgent Care offers the following tips:

If your young one gets enough sleep, but still seems fatigued during the day, there may be a deeper problem. At FastMed Urgent Care, we can perform a simple blood test to rule out other issues like anemia, low levels of certain vitamins or minerals, and hormonal problems like thyroid-related fatigue.