Foodborne Pathogens and the Illnesses They Cause 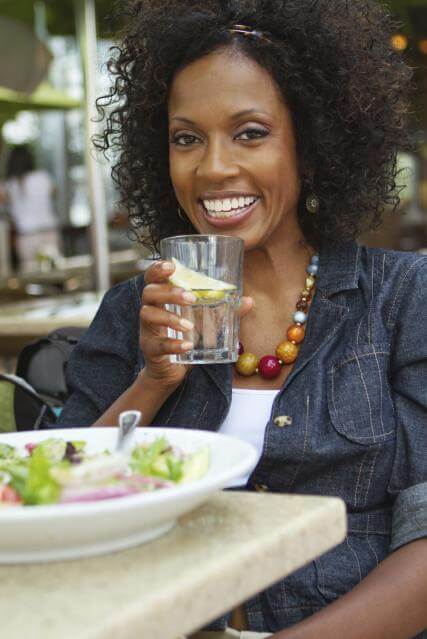 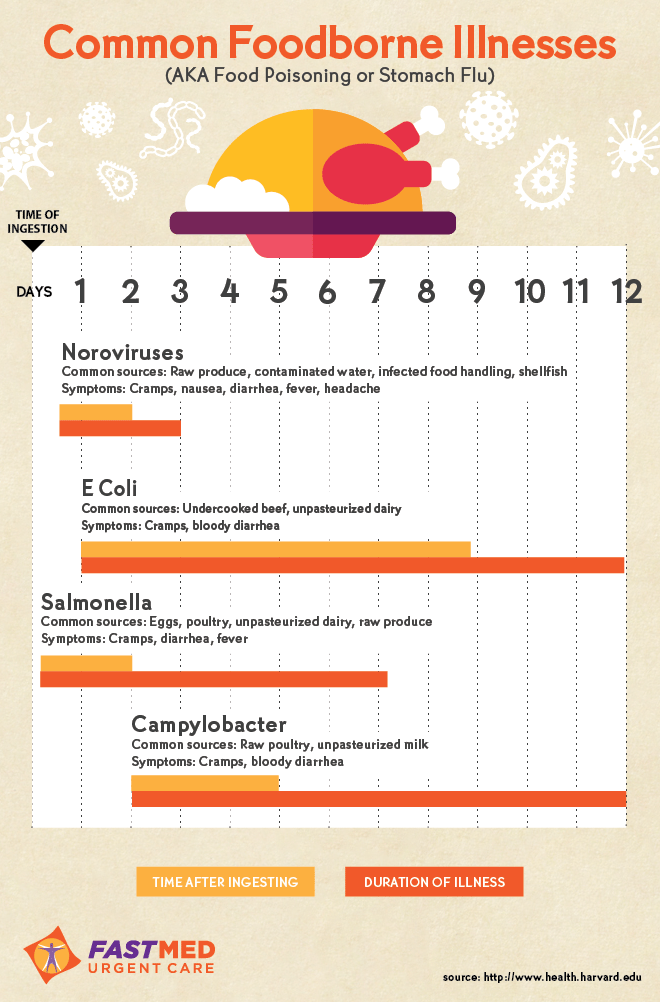 Foodborne illnesses are one of the most common public health issues. They’re also one of the most preventable. Every year, one in six Americans becomes ill by consuming contaminated foods or beverages. The source of contamination are disease-causing microbes known as pathogens. Let’s look at four of the most common foodborne illnesses (there are more than 250!), along with their symptoms, their gestation period, and how long you can expect to experience symptoms.

These viruses are highly contagious and can be communicated via anyone who is infected or even by touching a contaminated surface. It can also be transmitted through contaminated water or foods like raw produce or shellfish. Your stomach, intestines, or both become inflamed, leading to cramps, nausea, diarrhea, fever, headache, and vomiting. This can be especially serious for young children and older adults. Novovirus symptoms take a 12 to 48 hours to present, and have usually run their course within 12 to 60 hours.

Escherichia coli bacteria, better-known as E. coli, are usually harmless. We have them in our intestinal tracts to keep us healthy. But some E. coli are pathogenic, and these are the bacteria that cause illness when they’re outside of the intestinal tract. E. coli can be transmitted can be transmitted through contaminated water or foods (like undercooked beef or unpasteurized dairy) or through contact with people or animals. Symptoms include severe stomach cramps, vomiting, and diarrhea, which is often bloody. E. coli takes up to 10 days to incubate and can last from five to 10 days, although you’ll probably feel better within six to eight days.

Salmonella bacteria cause an infection called Salmonellosis. These bacteria can be transmitted via raw poultry, eggs, unpasteurized dairy, and some raw produce. Symptoms include abdominal cramps, diarrhea, and fever that begin to present 12 to 72 hours after exposure. The bug usually lasts for four to seven days, and most people recover without treatment. In serious cases, however, diarrhea can lead to severe dehydration and may require hospitalization.

Campylobacteriosis is caused by Campylobacter bacteria that is transmitted through raw or undercooked poultry or unpasteurized milk. It causes fever, abdominal pain, cramping, and diarrhea which may be bloody. Symptoms begin two to five days after exposure, and the illness typically lasts for about a week.

Call or visit your local FastMed Urgent Care at the first sign of any foodborne illness symptoms. Our staff is always ready to help you get on the speediest road to recovery. We’re open 365 days a year, 7 days a week!

My face is paralyzed; I think that I am having a stroke